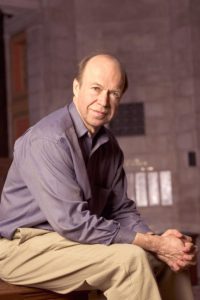 Thirty years ago, in June of 1988, James Hansen testified to Congress that we were facing an urgent problem;  our climate was warming.  Unfortunately he was scarily prescient.  Since 1988, global carbon dioxide emissions have risen 68 percent and fossil fuels which provided 79% of the world’s energy then, now provide 81%!!!  Take a look at a nice summary of the situation from Grist interviews with 10 climate scientists on how Hansen’s work has affected them.

A couple other nice pieces marking the 30 year anniversary.   A blog post from Columbia University,  a “Daily Comment” from the New Yorker and Hansen wishing he had been wrong in phys.org.